Criminal Law: Should you represent yourself?

When you are arrested for a crime, you can either hire a lawyer, use one appointed to you by the courts, or represent yourself. If you are someone that has a basic understanding of the legal system and you are not guilty of the crime, you might think representing yourself is a good option. Here are some things to consider when deciding if this is a good idea.

How severe was the crime?

The type of crime you are arrested for can often determine whether or not representing yourself is a good idea. For example, if the crime has to do with a DUI or DWI, you might not need a lawyer, especially if this was the first one you had. You may feel confident that you won't get jail time and instead will be told to pay fines and possibly have your license revoked. However, if you caused bodily injuries or property damage while getting the DUI, you definitely want to have legal counsel.

Are you guilty of the crime?

If you know you are guilty of the crime you are arrested for, it is best that you hire a lawyer. In this case, you might not be able to get out of jail time or other consequences, but the lawyer might be able to reduce your sentence. They can work out a deal with the judge where you attend rehab if it was a drug-related crime, or get probation in your home instead of serving more jail time. At the very least, the lawyer can reduce how much time you spend in jail.

Was it a repeat offense?

You may also want to have a lawyer for your criminal case if this is a repeat offense, whether you have been arrested for the same crime or not. There tend to be harsher penalties when you are arrested for the same type of crime more than once, whether it is a DUI or a burglary offense. The lawyer can help you with your case, especially if you were arrested for a crime that you were not guilty of, and you need legal assistance to prove you are not guilty. Repeat offenses might also keep you from being a candidate for bail, so that is another reason to have a lawyer.

Do you want to request a plea deal?

If you want to get a plea deal for the crime you were arrested for, you need a criminal attorney. You are unable to request a plea deal with the courts if you are representing yourself. The plea deal can help lessen your consequences, lower the penalties you pay, and reduce your jail sentence or avoid it entirely. 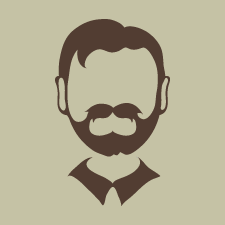 Hello. I'm Mark and I am the manager of a successful modelling agency. It is my job to ensure that our models are well cared for and generate positive publicity for the agency. Sometimes that can be quite challenging and I spend a lot of time liaising with our legal team. From clients who refuse to honour contracts to models who are facing charges themselves, I am constantly dealing with legal issues. Over the years, I have become quite familiar with a range of laws and legal processes. My friends and family consider me to be a veritable fount of information when they have legal questions. I have decided to compose this blog in order to address the issues I most commonly deal with. Please browse at your leisure.